Marist-Sion College, Warragul, is a Catholic co-educational secondary school which is inspired by the traditions of the Marist Brothers and the Sisters of Our Lady of Sion. 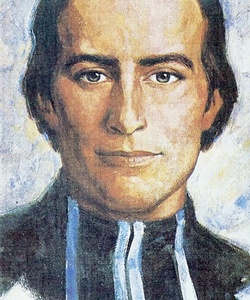 many aspects of life in France, and as a result, Marcellin, like many other young people of this time, did not attend school regularly.

Marcellin believed God called him to help young people, especially those in need.

After being trained as a priest, and realizing that many young people had little religious or academic education, Marcellin wanted to educate the young and address the illiteracy caused by the chaos of the Revolution. He formed a religious community of Brothers dedicated to educating youth and conveying the love of Jesus Christ through Mary.
In 1955 Marcellin Champagnat was declared Blessed by Pope Pius XII. He was canonized a saint by Pope John Paul II on April 18, 1999.

Formation of the Marist Brothers

While still in the seminary, Marcellin joined a small group of seminarians who pledged themselves to form a new society dedicated to Mary and open to religious and laymen and women alike.

His goal was to make Jesus Christ known and loved through the Christian education of youth, especially the most neglected. His small group of Brothers grew until by the time Marcellin died in 1840 there were 240 brothers. 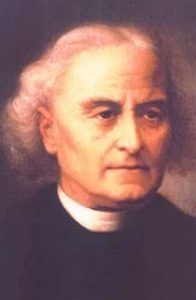 Theodore Ratisbonne, the founder of the Sisters of Our Lady of Sion, was born to a Jewish family in Strasbourg, France in 1802.

He was a child who sought answers to his many questions; many of which were centred on the meaning and purpose of his life. After searching for many years, Theodore was introduced to the teachings of Christianity during his university years by Mrs Louise Humann, who convened a gathering of students at her home in Paris, and who helped Theodore to come to know the Christian scriptures.

Theodore was baptised in 1827 and became a priest of the community of St Louis three years later.

In 1840, he went to live in Paris and began to work in a parish which was in a poor area of the city.  In the next year, he became chaplain to an orphanage of three hundred girls, the orphanage of La Providence.

Formation of the Sisters of Our Lady of Sion

It was in Paris, in 1842, that Theodore founded the Sisters of Our Lady of Sion. While Theodore was working with the orphans of La Providence, he was asked to care for the two young daughters of a Jewish woman who was dying.  She wanted her children raised as Christians.

Theodore felt drawn to work with the Jewish people, and chose to leave the community of the priests of St Louis, to follow what he believed God was calling him to do.

Two women at first helped Theodore with the care of the children.  As time went on, more women joined them, and with Theodore’s help, became the first Sisters of Our Lady of Sion (in French, Notre Dame de Sion).

Despite this desire to bring the love of Jesus Christ to the Jewish people, Theodore insisted on religious freedom in relation to the children who came into his care.

“The first children of Sion belonged to poor Jewish families who had appealed to Father Ratisbonne. Not one of them was ever initiated into the Catholic religion without the consent of her parents. Soon Christian families were also asking him to admit their daughters and very soon it was a tradition that girls of every religion and of every country would be accepted. Later on,.. parents of every religion: Jews, Muslims, Orthodox, Protestant, unhesitatingly confided their children to the Congregation, certain that their religious conviction would be respected. Father Theodore bequeathed this motto to his daughters : “Remain firm in Your own faith without attempting to impose it on others.”
(Intro to Ratisbonne Memoirs, p 25)