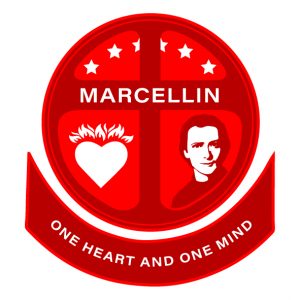 Saint Marcellin Joseph Benedict Champagnat was born in Le Rosey, France, in 1789, at the beginning of the French Revolution. Marcellin Champagnat grew up as a farm boy, before being ordained to the priesthood in 1816. Marcellin Champagnat struggled enormously with his academic studies and experienced loneliness while away from his family studying.

Shortly after his ordination, St Marcellin Champagnat was called to minister to a child who was incredibly sick and found that the twelve year old knew nothing about God. As a result he founded The Society of Mary, a group dedicated to teaching the young people of France, who otherwise would not have had access to an education.

Saint Marcellin Champagnat’s writings speak of five key traits that students at his schools were to be encouraged to grow in:

At his canonization in 1999 by Pope John Paul II, the Holy Father said of him, “Saint Marcellin proclaimed the Gospel with a burning heart.”