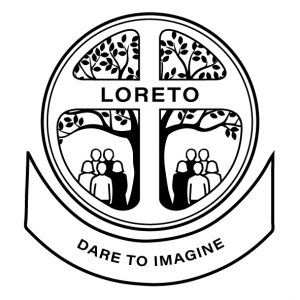 Born in 1585, Mary Ward had a vision that all girls could enjoy a rich education.  She fought against strong opposition to establish schools, which offered a breadth of subjects and did not distinguish between the wealthy and the poor.  These schools came to be known as Loreto schools, taking their name after the Marian shrine in Loreto, Italy, where Ward used to pray.

Almost four hundred years later we look back to Mary’s vision and see how, despite seemingly overwhelming obstacles, her dream that ‘in time women would do great things’ has indeed come to pass.  We continue to be inspired and challenged by her life and quest for freedom, justice, and integrity.

With our particular emphasis on education, Loreto House charity focus is the Brother Doug Walsh Bagong Barrio Education Program in the Philippines.

This is a not for profit sponsorship program, part of Marist Australia Solidarity, that focuses on education as a means of breaking the cycle of poverty. The funds Loreto House raise sponsor children from the second largest slum village in Manilla who would otherwise be unable to attend school.

Every year Loreto aims to raise enough money through Heritage Day activities and the sale of our famous Loreto Spiders, to sponsor two children. In 2019, Loreto surpassed that aim and were able to sponsor the education of four children.