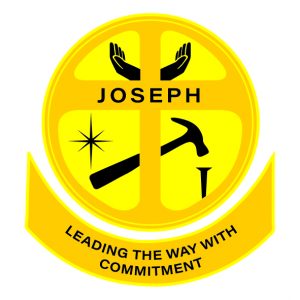 Joseph was born in Israel in 100 BC.  Joseph was sometimes referred to as the silent man of the Gospels and as one of the great men of faith.  He is described as a just man and a righteous man of dignity.  He lived in Galilee, a region of Palestine, was the husband of Mary and earthly father of Jesus.

Despite his humble work and means, Joseph came from royal lineage, being a descendant from David, the greatest king of Israel.  Joseph was a carpenter, a trade he is believed to have passed on to Jesus. Joseph was a compassionate and caring man. When he discovered that Mary was pregnant, he accepted Jesus as the son of God, conceived by the Holy Spirit.  When an angel came to tell him that his family was in danger and King Herod’s plans for violence against them, Joseph immediately left everything he owned, all his family and friends and fled to a strange country with his wife and baby. He waited in Egypt until an angel told him it was safe to return home.

Joseph was extremely faithful and devoted and today is recognised as the patron of fathers and families and of manual workers, especially carpenters.  Joseph is an inspirational reminder of what it means to be a man.  He drew strength from his intimacy with God and used that strength to love, serve and protect those God gave to him.

Joseph was declared a saint and patron of the universal church by Pope Pius 1X in 1870.  Joseph is also a patron saint of the dying, as he died with Mary and Jesus at his side.  A death with loved ones by your side – a way many would love to leave this earth. Today Catholics and Christians all over the world Celebrate St Joseph’s day on 19 March with a feast. Joseph is so special he also has a second feast day, the feast of Joseph the worker, on 1 May each year.

As well as a role model of parental care, many of our College’s students have been educated by parish schools founded by the Sisters of Saint Joseph.  ‘Joseph’ is also one of the middle names of the founder of the Marist Brothers, Marcellin Champagnat, and is therefore a traditional House name of Marist schools.

The charity that Joseph House has made a commitment to support and raise money for is Foster Parents Indonesia.

History and link between this charity and our local community:

After some involvement in Indonesia in WW2 and a return visit in 1976, Mr Bill De Ruiter, his wife Roelie and other likeminded friends, many of whom have a direct involvement with Marist-Sion College, started FPI, an organisation to help orphanages and disadvantaged Indonesians, especially children. These orphans do not have the luxury of Government funding and largely depend on the generosity of FPI to house, feed and educate nearly 600 children at eight separate orphanages. FPI is a local charity run through local members from our Warragul, Iona and Drouin Parishes. 100% of donations goes directly to those in need, with all administration undertaken by volunteers.

In addition to their direct funding of Indonesian Orphanages, FPI is currently involved in many other important projects.  Some of their past projects include: